candidates in
our database

What our customers say about us:

" &Work interpreted our wishes and responded accordingly. As a result, we were quickly able to meet suitable candidates. Ultimately, we succeeded in hiring a strong Senior Developer in a short time. "

" They’ve supported us in our search for developers several times, always in a professional manner. &Work has always guided us flawlessly through the recruitment process and addressed the potential candidates in a correct way. "

" We were looking for a long-term recruitment partner and we found one in &Work. The interviews confirmed our choice; &Work delivered candidates that were a good fit with both our vision and culture. "

" We were looking for a long-term recruitment partner and we found one in &Work. The interviews confirmed our choice; &Work delivered candidates that were a good fit with both our vision and culture. "

" &Work really has an eye for the ‘click’ with a candidate, making it a good and affordable alternative to traditional no-cure-no-pay recruiters. " 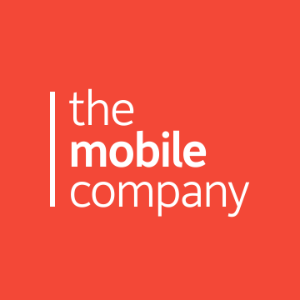 " Choosing &Work saved us a lot of time and money. They take over the entire process of hiring and the costs are set beforehand. " 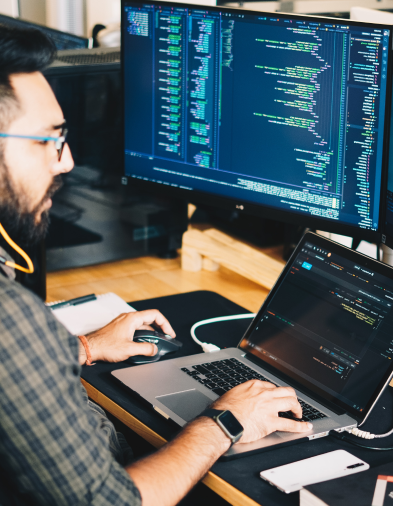 Reinforcement for you teams

Expanding your business has never been easier. During the search for the right IT professionals you’ll be personally guided by your own committed contact person. Don’t postpone your search for suitable talent any longer and request a personal interview now.

How we've helped other customers grow:

The financial software niche market is not an easy sector when it comes to finding specialized employees. Moreover, demand is high and the supply of specialists is lagging behind. &Work therefore searched for a specific addition to the teams of financial software company Argeüs and, despite the tight labor market, found four new colleagues.

Many companies regularly face the problem that suitable talent is difficult to find. Whatever the reason, you want to hire new staff as quickly and as affordably as possible. Argeüs also encountered this problem, and had a similar wish. After several personal conversations, they decided to enter into a partnership with &Work.

Because we always carefully tailor the recruitment strategy to the needs of the company, our expertise turned out to be especially desirable when submitting candidates. Argeüs took care of the primary selection upon receiving a number of candidates within our network. On our website and with a personal approach within our extensive database, we actively searched for profiles that matched the vacancies of Argeüs. Candidates found through &Work who expressed an interest in a job at the company were immediately introduced - leaving no time or effort in the way of a rapid recruitment process.

“Half of the candidates that we invited after a primary selection are now working for us,” says Dominique de Vlieghe, our contact at Argeüs. A great result. But our service goes further than just the bottom line.

“In addition to the results achieved, the choice for &Work has also led to a better idea of ​​the labor market and employment conditions. As a sparring partner, they’re always willing to consult,” explains Dominique. With full confidence in our approach, Argeüs has successfully completed two recruitment campaigns with the help of &Work.

In the summer of 2019, at the height of the tight labor market, DimCoppen 360° Branding was looking for a Front-end Web Developer. Someone who could translate their vision into user-friendly and beautiful brand identities. With the help of &Work, the company found two suitable professionals who met their expectations.

Finding suitable IT talent within a tight labor market is often time-consuming, labor-intensive and expensive. This was also the experience of creative agency DimCoppen.

The search for a versatile Front-end Developer turned out to be more difficult than expected. “We therefore decided to outsource the recruitment work to an external party,” says Martijn in 't Panhuis, Client Services Director & Partner at DimCoppen. "We spoke with two agencies. Ultimately, the conditions and approach of &Work suited us best."

After extensive conversations about the business needs, the intended profile and the possibilities, the &Work team quickly got to work. Sourcing, selecting, qualifying and proposing - all within a week. Three of the five proposed candidates turned out to be suitable, all of which were interviewed within seven working days.

“Two of the three candidates met the profile, one of which was also able to add extra skills to our team,” says Martijn. “We didn't hesitate and hired both candidates. And an additional advantage; due to &Work's approach, there are no additional costs involved.”

When the connection is there, things can go very fast. By continuing to act quickly and providing honest advice, the &Work team was able to respond quickly to the company's wishes. And because you purchase a fixed package from &Work prior to the recruitment campaigns, you will never be faced with unexpected costs and you have complete freedom to hire multiple professionals. In this case, two candidates turned out to be the right fit for DimCoppen. A decision that could be taken quickly and without additional costs.

Finding highly experienced, technical talent looking for a new job is not easy, especially for non-IT organizations. This was also the case for curtain studio Van Der Lelie. During a personal intake interview, a thorough recruitment plan was created and it paid off. After three weeks they had already found two new colleagues.

Finding highly trained, technical talent looking for a new job is not easy, especially for non-IT organizations. This is also the case for curtain studio Van Der Lelie.

With two open development vacancies, the need was high and they decided to look for a partner who specializes in the recruitment and selection of IT professionals. After several conversations with recruitment agencies, they came into contact with &Work at the end of 2019.

Where many agencies work with a success fee, which can cause costs to rise considerably, we have a different, transparent approach. At &Work, we approach candidates in a personal and positive way. This approach, with fixed prices and no hidden costs, in combination with our large online reach, has ultimately resulted in a partnership.

The desired profile, corporate culture and &Work's working method were discussed during an extensive telephone conversation. Ultimately, the personal intake at Van Der Lelie at the office was decisive: “the knowledge, experience, network and enthusiasm were decisive in our choice,” says Herman van der Lelie. After that, things went fast. “The first candidates were interviewed in just a few days and after three weeks we already found two new colleagues that we had been looking for for a while.”

Van Der Lelie 's search shows that with the right approach, suitable people can be found in no time. A personal intake, carefully constructed plan and good communication ensured that the right people were introduced at Van Der Lelie. And not only that, we have also found more suitable candidates who may find a place in the company.

&Work works together with:

&Work supports 500+ other companies in their search for talent

A new vision on how work works

&Work is more than a recruitment agency - we combine a human approach with online marketing, data and digital tools. With our extensive online reach, we quickly find the right people for you. We post your vacancies to our website accompanied by your very own company page. We maximize the reach of your vacancies through targeted campaigns and social media.

We value transparency and therefore give full insight into the companies behind the vacancies on our website. Without any hidden costs. We work with fixed packages that you can expand at any time. That's how we help you save time and money.

Your personal consultant will guide you through the recruitment process and more. We screen and vet candidates using our personality test and in-depth interviews. And you can also count on us for advice on negotiations, market-based salaries and more.

Recruitment of IT professionals in the Netherlands and Belgium

In the 12+ years that we’ve been active in IT recruitment and selection, we managed to connect thousands of IT professionals to the companies looking for them. This, together with a wide network in the Netherlands and Belgium, ensures that we find the right IT professionals for your company. Are you looking for .NET developers, Java developers or a Product Owner, Data Engineer or BI consultant? Do you have an open IT vacancy in Amsterdam, Rotterdam, Utrecht or in a different region of the Netherlands such as Leeuwarden or Breda? We will find them for you. 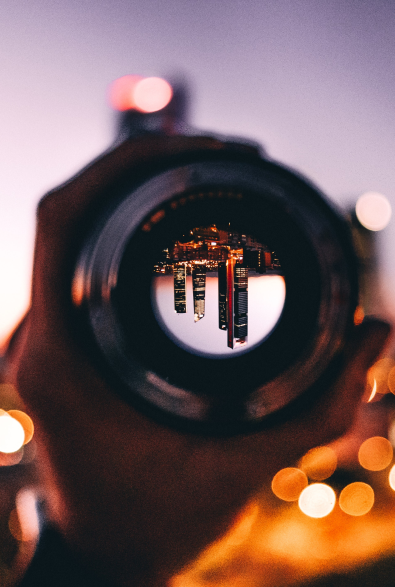 Experiences with our service

Our candidates & clients
rate us with a:

Our candidates & clients
rate us with a:

Find talent for you company

Would you like to know what &Work can do for you? Leave your details & we’ll contact you.

We've sent you an email with a link to validate your email address. Didn't you receive an email? We can resend it for you.

There already is a profile connected to this email

There already is a profile connected to this email

On our website we, &Work, and other third parties, use cookies. We do this, among other things, to make the website function properly, to optimize our website and services and to give you personalized expressions, such as advertisements, etc. By clicking 'Set yourself', you can read more about our cookies and adjust your preferences. By clicking 'Allow all cookies', you agree to the use of all cookies as described in our cookie statement.

In order to save your favorite jobs, you need an account. Already have one? Time to login!